NBA 2021 Rookie of the Year Betting 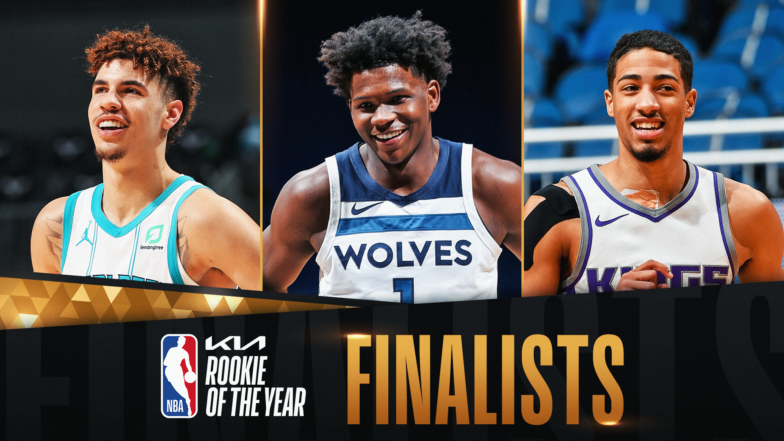 If you are looking to get into the NBA 2021 Rookie of the Year market, you should consider doing so pretty quickly. The overall favorite is heading toward minus-money as he separates himself from the rest of the pack.

There are still a handful of others in the race and there is plenty of basketball yet to be played. A longshot might be in the mix, but recent trends show that the eventual Rookie of the Year is cut from a certain cloth.

NBA 2021 Rookie of the Year – Ball the Favorite

The overall favorite currently is Charlotte point guard LaMelo Ball. The younger brother of the Pelicans’ Lonzo, Ball averages 11.8 points, 6.9 rebounds, and 6.3 assists per game. He is not a starter, but does play 25.4 minutes per game.

Ball began the season as a favorite at plus-money but now is heavily favored at -275 to win the award. He does fit the bill for a Rookie of the Year.

Two things stand out about Ball. One, he is a point guard. Of the last 15 ROYs, 11 have been guards and that includes four of the last five.

The other thing to consider is that 15 of the last 20 ROYs were top five picks in the draft and, since the 3-point shot was introduced, 38 of the last 40 have been lottery picks.

Ball was drafted No. 3 by Charlotte.

Must Read: Why a Betting Budget is a Must

When look at NBA 2021 Rookie of the Year betting there are a few others to look at. The No. 1 pick in the draft was Anthony Edwards, who went to Minnesota. He is averaging 12.5 points per game though he, like Ball, has not started a game yet. Edwards is shooting just 27.5 percent from behind the 3-point arc and the Timberwolves were just 3-8 after 11 games. Edwards, another guard, is listed at +900 to win the ROY.

Golden State’s James Wiseman went second overall in the draft and starts at center for the Warriors. He averages 11.3 points, 6.3 rebounds, and 1.6 blocks per game. Wiseman is listed at +650, but since 2005 only one center – Karl-Anthony Towns – has won the Rookie of the Year award.

A surprise candidate for ROY has emerged in Sacramento where Tyrese Haliburton is having himself a strong rookie season. The 6-5 guard from Iowa State was the No. 12 overall pick in the draft.

EDITOR’S CHOICE > USE MULTIPLE SPORTSBOOKS TO SHOP FOR BETTING LINES

Obi Toppin, last year’s Naismith Player of the Year given to the top college player in the country, was an early +450 favorite for the ROY. However, Toppin, who was drafted No. 8 overall by the New York Knicks, has played in only three games. Sports bettors know he averages 11.3 points a game and is now given +1750 odds to win.

Two other possible surprises are Orlando’s Cole Anthony and Boston’s Payton Pritchard. Anthony has started five games for Orlando and is averaging 10.4 points, 4.2 rebounds, and 3.5 assists a game. A few weeks back, he was listed at +4500. Anthony’s odds now stand at +1350.

Pritchard is an even bigger surprise. The Celtics point guard comes off the bench to score 9.9 points and dish out 3.1 assists per game. His odds have gone from +3000 early on to +900 currently. The bottom line is there is a lot to consider when betting the NBA 2021 Rookie of the Year.