South Alabama is Perplexing, To Say the Least 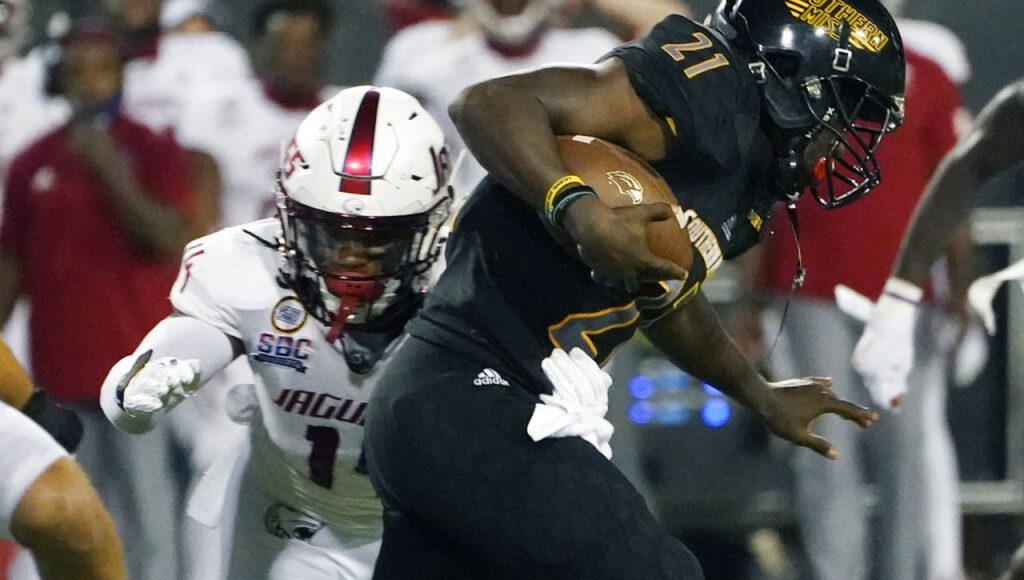 If you were looking for a true Jekyll-and-Hyde outfit, meet the South Alabama Jaguars, who can beat nationally-ranked teams but can’t seem to buy victory in their own conference. The Jags opened up the season with a 21-20 triumph over SEC entry Mississippi State, and then pulled off a 42-24 upset romp over San Diego State. Maybe that doesn’t sound so monumental to you, but the Aztecs not only have Donnel Pumphrey, who is one of the best running backs in the country, but they also occupied a spot in the Top 25 at the time. In fact, SDSU was looked upon by some, at the outset of the season, as the leading candidate from a non-Power 5 conference to wind up in a New Year’s Six bowl game. The Jaguars had already beaten San Diego State the year before, which was surprising enough. To do it twice in a row defied logic entirely.

But here is what is almost astounding: with wins like that, you might expect that this would be a contending team in the Sun Belt, but they are still looking for their first conference win. They have been defeated already by Georgia Southern, Louisiana-Lafayette and Arkansas State, which means that they are out of contention for the SBC crown as they take the field against Troy on Thursday night.

Things have been so schizophrenic for USA that they had life-and-death with an FCS team (Nicholls State), having to go to overtime to beat them 41-40. We’d be interested to see what they can do against LSU on November 19.

Everyone knew that South Alabama had some talent – they received quite an infusion when the UAB (Alabama-Birmingham) program folded up the tent after the 2014 season. And since those players were permitted by the NCAA to play right away, a quick upgrade was expected over the team from two seasons ago that went 6-7 and earned a bowl trip for the first time (the Camellia Bowl, where they lost to Bowling Green). But all they could manage was a 5-7 campaign.

One of the UAB transfers, Josh Magee, burned Troy last year for 118 receiving yards in the Jags’ 24-18 victory. But the guy the Trojans have to look out for is tight end Gerald Everett, another UAB transfer, who has caught 31 passes already and is likely to be playing in the NFL eventually.

What makes the South Alabama story even stranger is that they had different quarterbacks directing each of their two upsets. Dallas Davis was the signal-caller for the win against Mississippi State, while Cole Garvin, who sat out last year after transferring from Marshall, stung San Diego State for 242 yards and three TD passes in the wake of an injury to Davis.

So there has to be some concern on the part of Troy, which has allowed more passing yards per game than all but ten teams in all of FBS college football. But of course, keeping with the whole Jekyll-and-Hyde spirit of this story, they have capitalized on opponents’ mistakes more than anyone else as well, intercepting 14 passes, more than any other team in the nation.

These Trojans, in contrast to South Alabama, actually DO have designs on a conference title, and they are unbeaten in Sun Belt play. On top of that, they scored a 37-31 win over Southern Miss, which went “bowling” last year, and went toe-to-toe with top-five Clemson, last year’s national runner-up, before succumbing by a 30-24 count.

So the Jags can be a “spoiler” again, if Jekyll shows up.